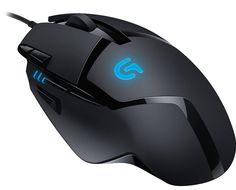 In the mature SC, neurons in the stratum griseum superficiale SGS receive visual inputs that contribute to exciting premotor neurons in the stratum griseum intermediale SGI HAMA Boarder Optical Mouse a dorsoventral pathway. However, the developmental changes in signal transmission within the SC around the time of eye opening are not yet well understood.

We compared the functional connections between the SGS and SGI before and after eye opening by imaging the neuronal population responses using a voltage-sensitive absorption dye in mouse SC slices. Electrophoresis of a fluorescent dye from the stimulating electrodes was used to fill the cells in the stimulated site. We here show that HAMA Boarder Optical Mouse dorsoventral transmission is present both before and after eye opening. This is HAMA Boarder Optical Mouse contrast to our previous finding that the ventrodorsal transmission develops after eye opening.

Functions of intrinsic inhibitory systems mediated by gamma-aminobutyric acid were also investigated with the antagonist. The processes stained by electrophoresis from stimulating electrodes before eye opening were confined within the respective stimulated layers. Whereas, after eye opening, the processes were widely extended especially dorsoventrally and ventrodorsally invading the SGI and SGS, respectively.

These corresponded well to the early component of voltage responses that is known to reflect the activation of presynaptic elements, presumably the axonal arborizations and varicosities. Introduction The mammalian superior colliculus SC is a topographically organized midbrain structure that guides visual orientation behaviors by transmitting spatial information from the visual system to premotor neurons involved in head and eye movements.

Neurons in the SGS receive input from HAMA Boarder Optical Mouse visual cortex and retina [1] [2] [3]. These SGS neurons excite premotor neurons in the SGI, which in turn contribute to the initiation of orientation behaviors, such as head and saccadic eye movements [4] - [9]. Recent studies have revealed a feed forward dorsoventral pathway from the SGS to SGI that is involved in short latency eye movements, such as express saccades [10] [11] [12].

Other studies have also reported the presence of a feedback ventrodorsal pathway from the SGI to SGS, with both excitatory HAMA Boarder Optical Mouse [13] and inhibitory actions [14] on the SGS. Evidence indicates substantial modifications in SC neuronal circuitry around the time of eye opening [15] [16] [17].

Recently, we demonstrated that the excitatory ventrodorsal pathway develops after eye opening [18]. Developmental changes in the dorsoventral pathway are also expected because visual orientation behavior is acquired after eye openings [19].

However, the relationship between eye opening and maturation of the dorsoventral pathway remains unclear. A more detailed description of the developmental differences between dorsoventral and ventrodorsal pathways will help reveal functional changes in the HAMA Boarder Optical Mouse occurring at the time of eye opening. In rodents, whose eyes have opened, activity in the SC is strongly depressed by gamma-aminobutyric acidergic GABAergic inhibition. Similarly, a ventrodorsal GABAergic pathway is present in mice whose eyes have opened, as revealed by axonal labeling [14].

A voltage imaging study of neuronal excitation in the SC reported potentiation of both dorsoventral and ventrodorsal transmission after blockade of GABAA receptors [20]. However, the developmental changes in excitatory glutamatergic and inhibitory GABAergic pathways and their effects on interlaminar communication before and after eye opening have not been described. It has been shown that the functional roles of GABAergic transmission changes in early stages of development in various parts of the CNS [21].

In this study, we examined the developmental changes in the interlaminar communication. Neuronal excitation in SC slices was visualized using the voltage- sensitive absorption dye RH, which is commonly used for studying neuronal activity in slices [22] [23] [24] [25] [26]. We also examined whether inhibition shapes the strength, kinetics, and extent of interlaminar communication before and after eye opening by measuring dorsoventral and ventrodorsal propagation in the HAMA Boarder Optical Mouse of a GABAA receptor antagonist.

Injection of biotinylated dextran amine after optical imaging showed the projections that are thought to involve in the neuronal responses [11]. In this study, we introduced a fluorescent dye tetramethylrhodamine cadaverine TMR-c into neurons during stimulation for optical imaging in order to stain neuronal elements that are responsible for the optically recorded neuronal activities. Materials and Methods 2.

The experimental procedures have been described elsewhere [18]. These age ranges were chosen because they are before and after eye opening, respectively.

Mice were anesthetized with diethyl ether and rapidly decapitated. The brains were removed and transferred to an ice-cold slice-preparation solution [18]. We chose this temperature in accordance with a number of previous studies in our laboratory.